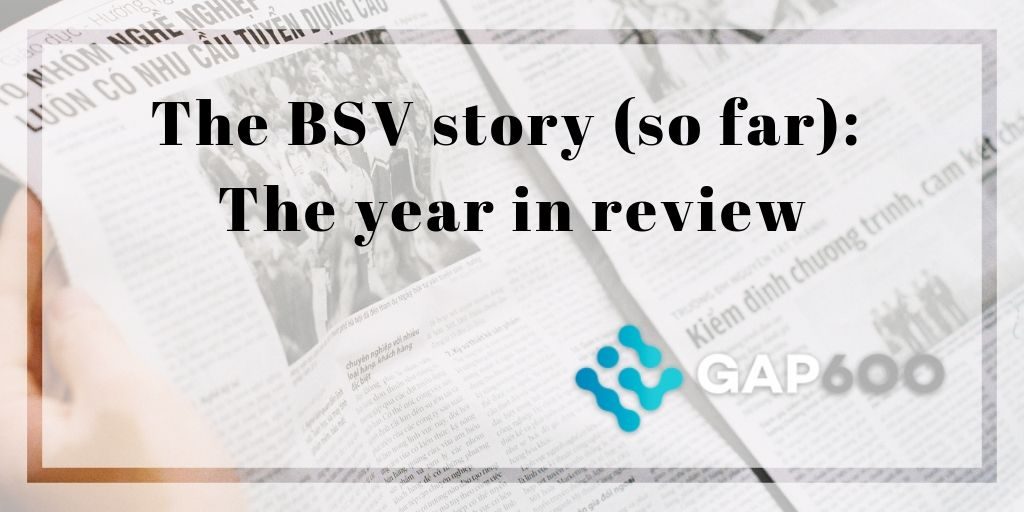 The BSV story (so far): The year in review

It has been an interesting year so far in the dynamic cryptocurrency market, particularly for Bitcoin Satoshi Vision’s (BSV) trajectory and evolution.

Industry commentator and GAP600 founder and CEO, Daniel Lipshitz offers his insights to help make sense of the good, the bad and the complicated, from market disruption to industry politics, and the bull and bear cycles.

Since the BCH hard fork in November 2018, BSV has faced numerous challenges. While BSV experienced a rocky introduction into the market after it was delisted from various exchanges due to industry politics, Lipshitz believes the cryptocurrency’s underlying value proposition has entrenched its market relevance and will continue to fuel its adoption and growth over the long term.

“Despite the harsh setbacks, which include starting from almost zero in terms of industry support, with a completely new name and brand, the negativity experienced on social media, and the delistings, BSV adoption and transaction volumes have steadily increased, and the price has followed.”

While the cryptocurrency bull run that saw Bitcoin surge past $12,000 in the first half of 2019 is still going on, BSV emerged as a standout performer, doubling in value. It’s an important metric that points to growing market traction and trust in a cryptocurrency that faced seemingly impossible challenges, never before faced by other cryptocurrencies, however price movement on its own is not a reflection of adoption – and is a poor barometer when assessing mass adoption.

“At BSVs inception many, especially those on the opposing BCH fork, thought it had zero chance and would end up with zero value. What we’ve seen affirms that this assumption was a huge misjudgement. There was complete disregard by BCH leadership for the value that powerful miner groups and the exciting ecosystem projects bring to the table, and this attitude continues to reflect in BCH and the challenges it faces.”

While the BSV ecosystem basically started from zero before the split, with no listings or explorers, Lipshitz believes BSV’s ultimate strength resides in the simplicity of the protocol and, more tellingly, the actual protocol design.

“It is defined and complete, and has been for years because it’s based on the original Satoshi Vision Bitcoin protocol. No further development is required on the protocol design, just focus on scaling. While we can argue about the merits of different protocols from a technological point of view, I think it’s hard to find fault with the design that birthed the industry.”

The Quasar upgrade also continues to build out the infrastructure that enables massive scaling and serves as further proof of its relevance and applicability in the market.

An established platform, ready to scale

More importantly, though, significant investment continues to pour into the BSV ecosystem at present with a dedicated professional development team building out the scale, and further ecosystem projects growing organically at present.

When coupled with the protocol’s mainstream development principles, which are devoid of influence from a specific theology or philosophy, essentially making it neutral, BSV adoption becomes a more compelling proposition.

Another aspect that makes the BSV approach completely unique in the cryptocurrency market is its adoption approach, adds Lipshitz. “In truth, that’s all that counts in the end – which network or digital currency will achieve mass adoption. The rest is all a cool science project. BSV’s approach is, quite literally, a completely different approach, which is strange since its protocol design is the genesis of the crypto industry.”

Lipshitz explains that the approach is to make the network useful as a technological backbone, as a blockchain services and as a global data ledger.

This is particularly true within enterprises that want to implement a chain because the scaling capacity already exists and it offers an approach that doesn’t aim to compete head on against existing networks our economies are built on, but rather enhance and embrace them.

In fact, this functionality is already spurring industry innovation. Lipshitz highlights WeatherSV, Kronoverse Corp’s use of the BSV blockchain to power CryptoFights’s game networking layer, and CodeOnChain’s GitHub, https://twetch.app/welcome, https://whatsonchain.com/, https://city-chain.org/ for the BSV blockchain as prime examples. And it’s having an effect:

“These are just a few examples that demonstrate BSV’s adoption vectors, but they affirm how powerful and unique the BSV use-case currently is.”

In terms of its adoption path, which Lipshitz suggests is the only metric we should care about, BSV is about adding value through its utilitarian application.

“And once more industries and, most importantly, people use and benefit from the BSV network, its adoption as a money system becomes obvious and natural. All other cryptocurrencies whose aim is to become a mainstream monetary systems start at the end and expect the entire market to abandon legacy fiat money systems and jump across to their platform. It’s too big a jump.”

Lipshitz suggests that, considering how BSV started and the headwinds it faced and what has been achieved to date, it’s a loud wake-up call to the entire industry. “BSV’s future looks bright due to the industry services already in place, which all independently offer potential exponential growth vectors. I, therefore, believe that  BSV is set to realise the vision that drives the whole industry P2P electronic cash system in terms of increased usage and adoption,” he concludes.