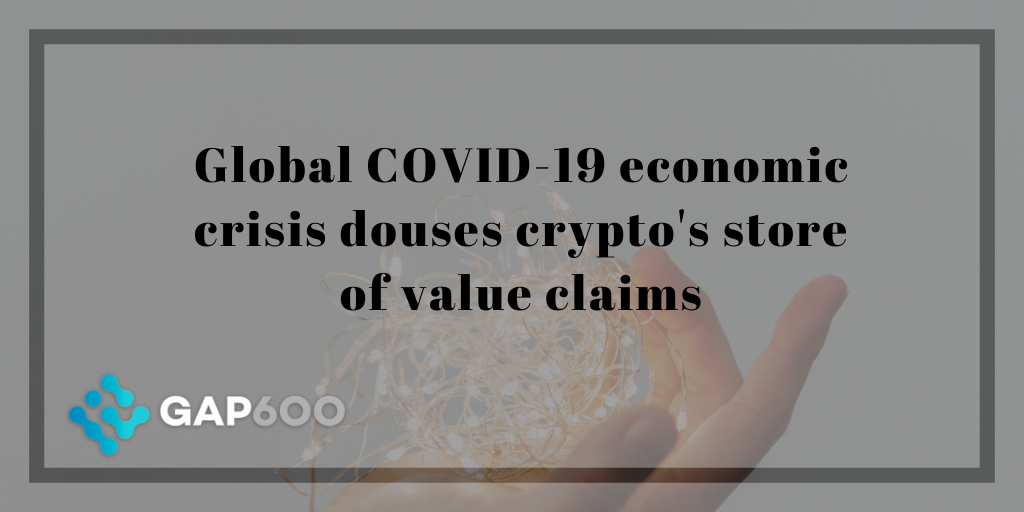 The market volatility wrought by the novel coronavirus’s (COVID-19) rapid global spread has (hopefully) extinguished any notion that cryptocurrency in general, and Bitcoin (BTC) in particular, act as a safe haven asset or offer investors a store of value.

In recent years, industry claims regarding crypto’s purported store of value attribute have grown more vociferous, which have been used to justify development projects and to avoid scaling via large blocks.

The issue is that this concept was built on a fallacy, which has been repeatedly proven. And the market volatility caused by a global economic crisis like the COVID-19 market crash has further exposed the cracks in this theory. 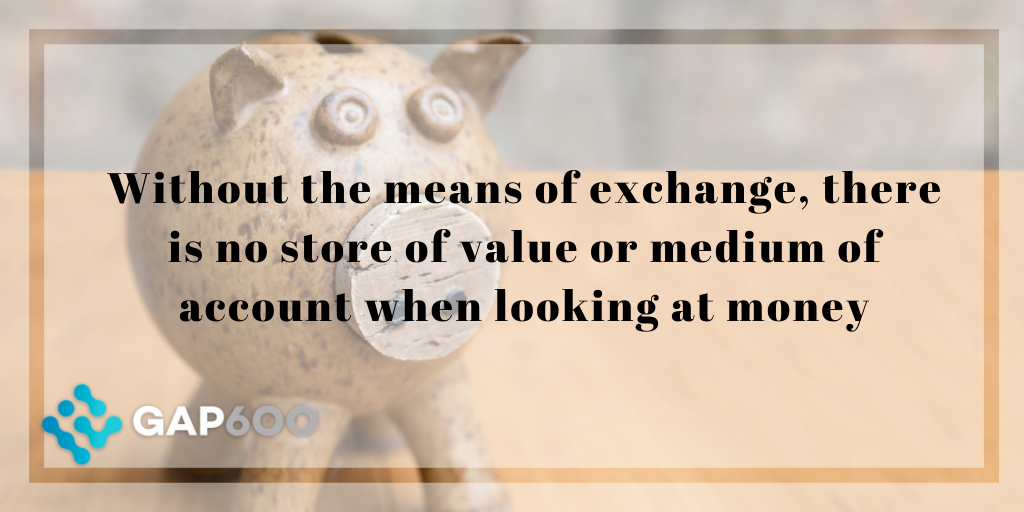 Exploring the store of value concept

Since its inception, cryptocurrency proponents have suggested that digital currency is a form of money that can serve as:

Following in the Austrian economics school of thought, all money is primarily a means of exchange and the other two characteristics stem from this concept. Without the means of exchange, there is no store of value or medium of account when looking at money.

Because Bitcoin or crypto have not yet achieved adoption as a mass means of exchange, the other characteristics are not strong and aren’t stable. Without mass adoption as a medium of exchange, the other characteristics fail and the functional value of the token falls short, which means it cannot hold the quality of a store of value, at least not yet.

Ultimately, this is what accounts for the asset’s price volatility. And cryptocurrency’s recent volatility, possibly triggered by COVID-19, has poured cold water on the idea that Bitcoin is a form of ‘digital gold’, offering investors a safe haven during periods of market volatility.

The current crisis, while not unique or new in the global economic context, has served to highlight the inherent volatility in cryptocurrencies, which exposes the fallacy that it can act as a store of value.

Equating Bitcoin (BTC) to a store of value as a currency is like contextualising a car as a status symbol. However, the moment the car is no longer an efficient means of transport, it will shed any distinction it holds as a status symbol. 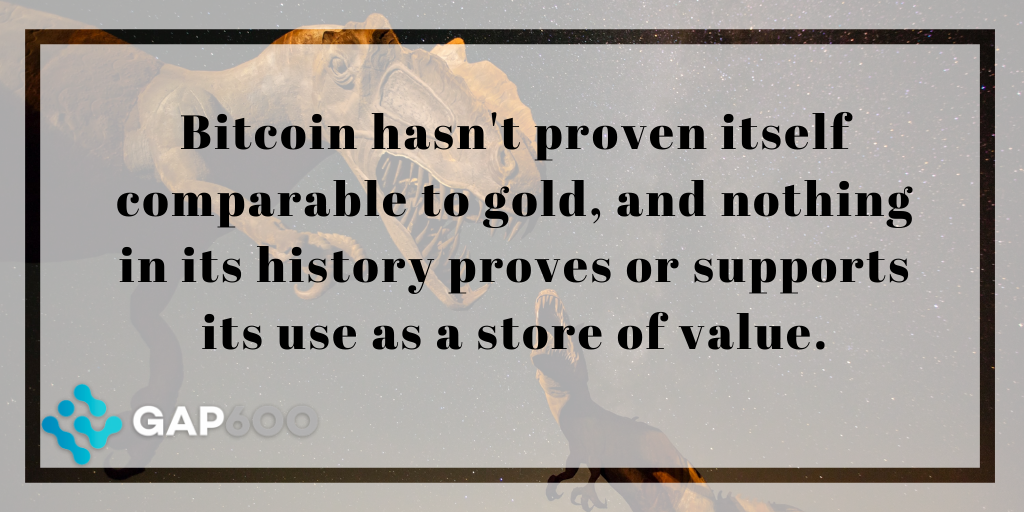 This link to money has also created a false equivalency, with cryptocurrency also touted as a store of value like digital gold.

Throughout modern history, mankind has adopted certain assets as both a means of exchange and a store of value, starting with precious metals like gold and, later, fiat currency in the form of the US dollar.

While gold was initially used as means of exchange, it remains naturally scarce and it is divisible. People have also come to trust it over the years, which makes it a true safe-haven asset and a store of value.

The fact that there is a finite amount of Bitcoin available to the market is another reason used to justify the store of value claim and support Bitcoin’s ‘digital gold’ label. But scarcity in its essence is just not enough to support such a powerful claim.

Bitcoin hasn’t proven itself comparable to gold, and nothing in its history proves or supports its use as a store of value. And without more faith from global mass adoption and usage, it will never be. 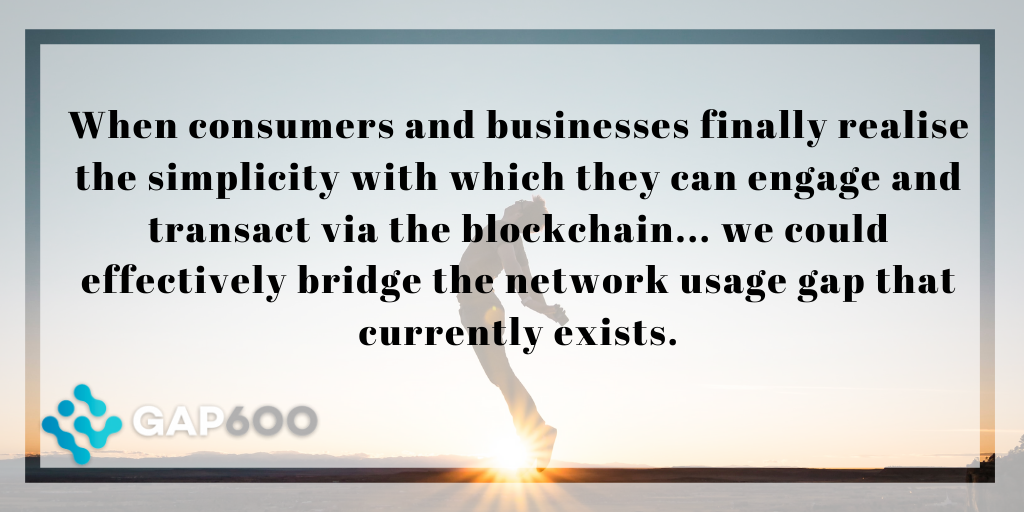 With so much focus on Bitcoin’s potential application as a safe haven asset, the market has largely neglected to focus on cryptocurrency’s true value – how we can leverage the blockchain.

More to the point, the true value lies in a synthesis of blockchain services and a money system because each characteristic strengthens the other.

It is at the base level of functionality, where Bitcoin SV serves as a commodity ledger, where cryptocurrency can become a leading value-added market offering.

Accordingly, an equal or greater focus on the blockchain’s utilitarian application in a post-COVID-19 world, with concrete use cases, will help to build cryptocurrency’s value proposition and will drive mass adoption.

And with the distraction posed by the store of value debate out of the way, the sector can finally focus on growing the medium of exchange and utilitarian blockchain services in unison, which I believe would accelerate adoption and usage as a form of money. 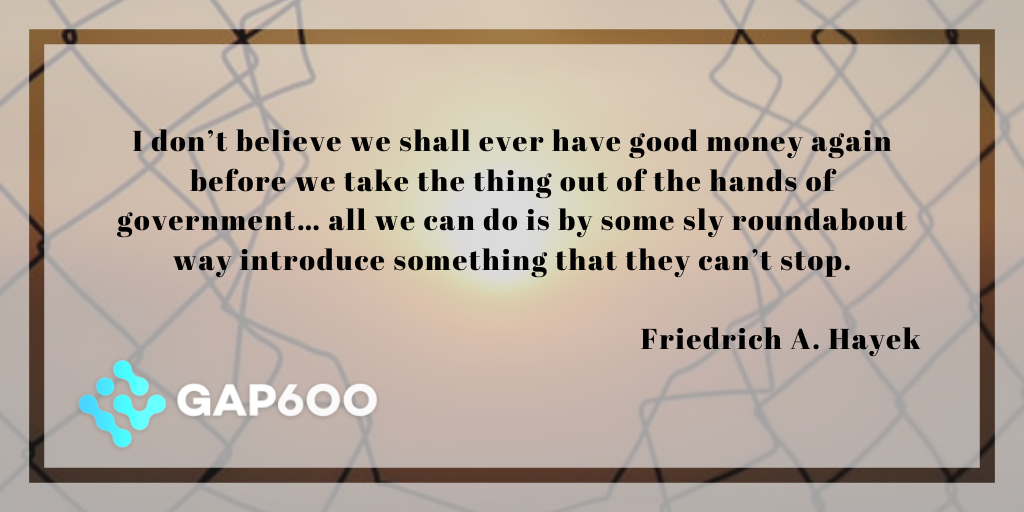 Boosting adoption via the backdoor

By getting more people to use the blockchain at the platform level as an immutable public ledger, for whatever application, we would introduce the technology to a broader audience, often without them knowing it.

For example, a US pharmaceutical provider, EHR Data Inc,  is already applying blockchain technology to manage medication dispensing as it adequately addresses issues around dispensing conflicting drugs due to poor database record-keeping and a lack of interoperability between doctors’ systems as well as those of other pharmacies.

And when consumers and businesses finally realise the simplicity with which they can engage and transact via the blockchain and the myriad benefits and applications it offers around data access, management and control, we could effectively bridge the network usage gap that currently exists.

Once that happens and everyone starts to use one network protocol, like what happened with Internet Protocol, we would open a backdoor into mass adoption in more countries. And once the mass market becomes comfortable with the blockchain, their willingness to use the network as a medium of exchange will increase.

And this is vital in a context where cryptocurrency is struggling to create distinct benefits or introduce unique features that can convince consumers to move away from existing transaction fiat currency services, despite crypto’s existing capabilities to perform micro-transactions and provide non-custodial financial services.

Ultimately, if we focus on adding value to people’s lives and business services through blockchain’s application in daily life, the industry will drive mass adoption and usage as more people become comfortable with the technology. Eventually, more people will embrace cryptocurrency as a medium of exchange, and when we reach critical mass, the world will finally realise true economic freedom by unhitching themselves from the monopoly that governments currently have on money.